﻿France, and Paris in particular, was the undisputed center and reference point for painting in the 19th century. Its famous academy with its salon and annual prix de Rome attracted painters all over the world. Not only the academic painters with their neoclassical style but also the counter movements such as romanticism, realism and impressionism had their foundation in Paris. 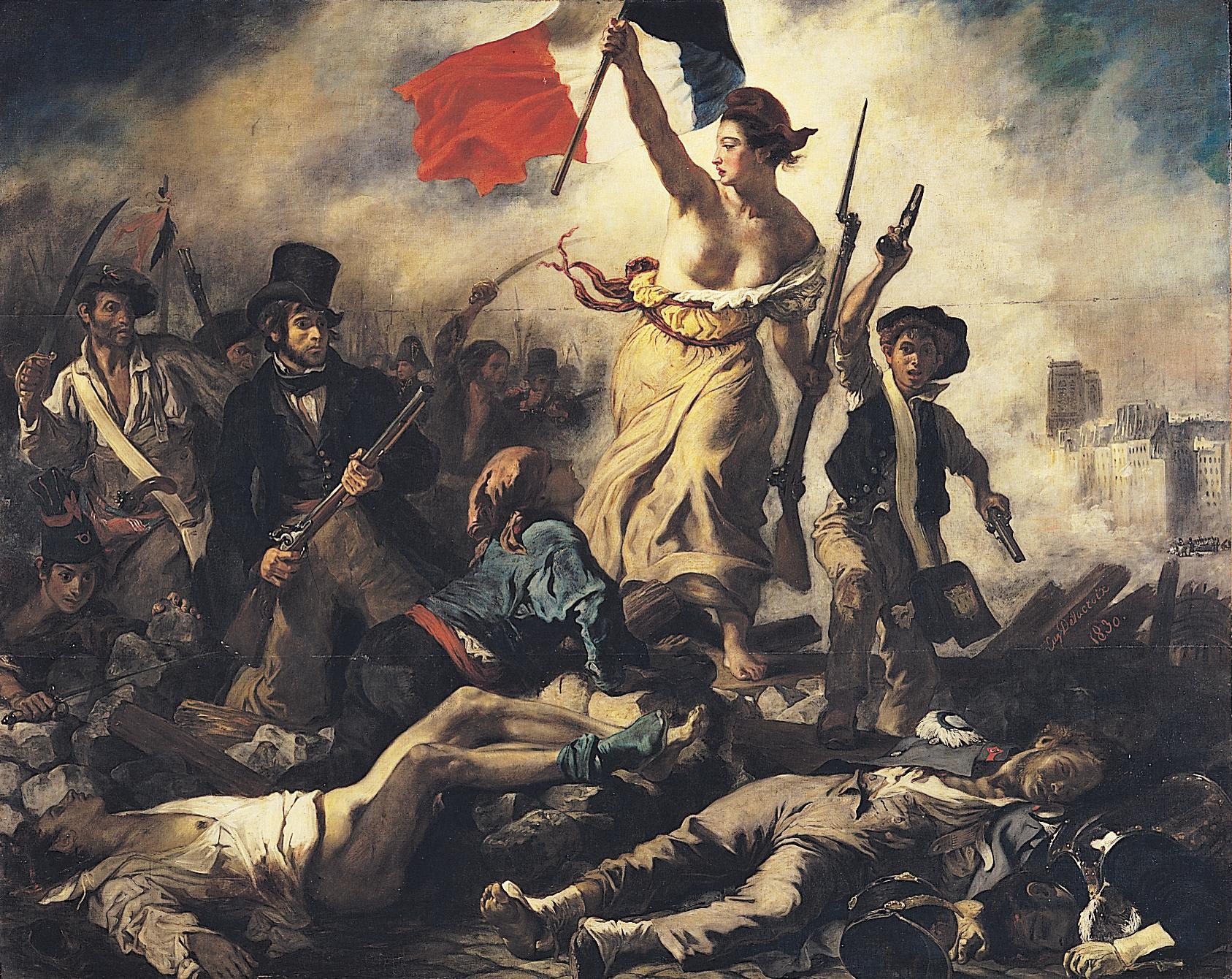 Among the neoclassical painters a few deserve special attention. These higly skilled technical painters could reach a high level of naturalism but within the classical subject categories. Especially history painting was the highest form in the hierarchy of genres.

Jacques-Louis David lived in the era of the republic and the rise of Napoleon Bonaparte. His early works with classical themes Roman history  (the Lictors bring to Brutus the bodies of his sons) became more contemporary (the Death of Marat) but always with the characteristic academic idealism. One of his famous works is the massive coronation of Napoleon, being the official court painter of Napoleon.

Adolphe William Bouguereau is most famous for his nudes and for his opponence to impressionism as jury member of the Paris Salon. In the end the impressionists won the battle and the the academic realist style became a degraded art form, regarded as kitsch, bourgeois realism or art pompier.  The last decades interest in Bougereau is revived as is apparent from this site. Bougereau was famous during his lifetime and sold many paintings to the United States where his nudes were highly appreciated. After the death of his wife and several children, his style changed to a less commercial one. A good example of his later works is The first mourning, depicting the death of Abel.

One of my personal favourites is Jean Leon Gerome. Also an opponent of impressionism, Gerome mastered a wide range of subjects. He had a fascination for oriental themes and painted beside the popular female nude harem scenes, also masterpieces like the snake charmer and the muezzin calling for prayer. His depiction of roman gladiators in “pollice verso” had a lasting effect on popular culture. Although not formally recognized, my impression is that he also was the first one to paint the Lion King scenery. Other interesting subjects are his tribute to marshal Ney, nicknamed the bravest of the brave by his soldiers, by painting his execution in the jardin du luxembourg and his painting of the Dutch 17th century tulip mania.

Apart from these famous giants, I will also draw the attention to some lesser known genre painters from the academy. One of them is Emile Friant. He became a professor of the academy himself in the end. Among his works are photorealistic portraits, moving funeral scenes but also dreamlike balloonflights and a teasing model. As photography was invented and further developed in the 19th century, Friant made use of it to serve as adjuncts for his sketches.

Another favorite of mine is Jehan Georges Vibert. This bon vivant took part in the defense of Paris during the Franco-Prussian war of 1870-1871 (see the artist at war guided tour). He specialised in genre paintings of the clergy, in which he could express his satirical and witty nature. Being a cook himself, appetite and food played a mayor role in his paintings. A travel to Spain with his friend Zamacois resulted in a series of Spanish paintings.