The use of light is one of the major instruments a painter can use to create atmosphere and to highlight details. Some painters use sharp contrasts (tenebrism) and make use of the darkness. The Italian Renaissance painter Caravaggio set the tone in combining a realistic style with dramatic tenebrism.  The British painter Joseph Wright of Derby used the same style but used contemporary subjects. 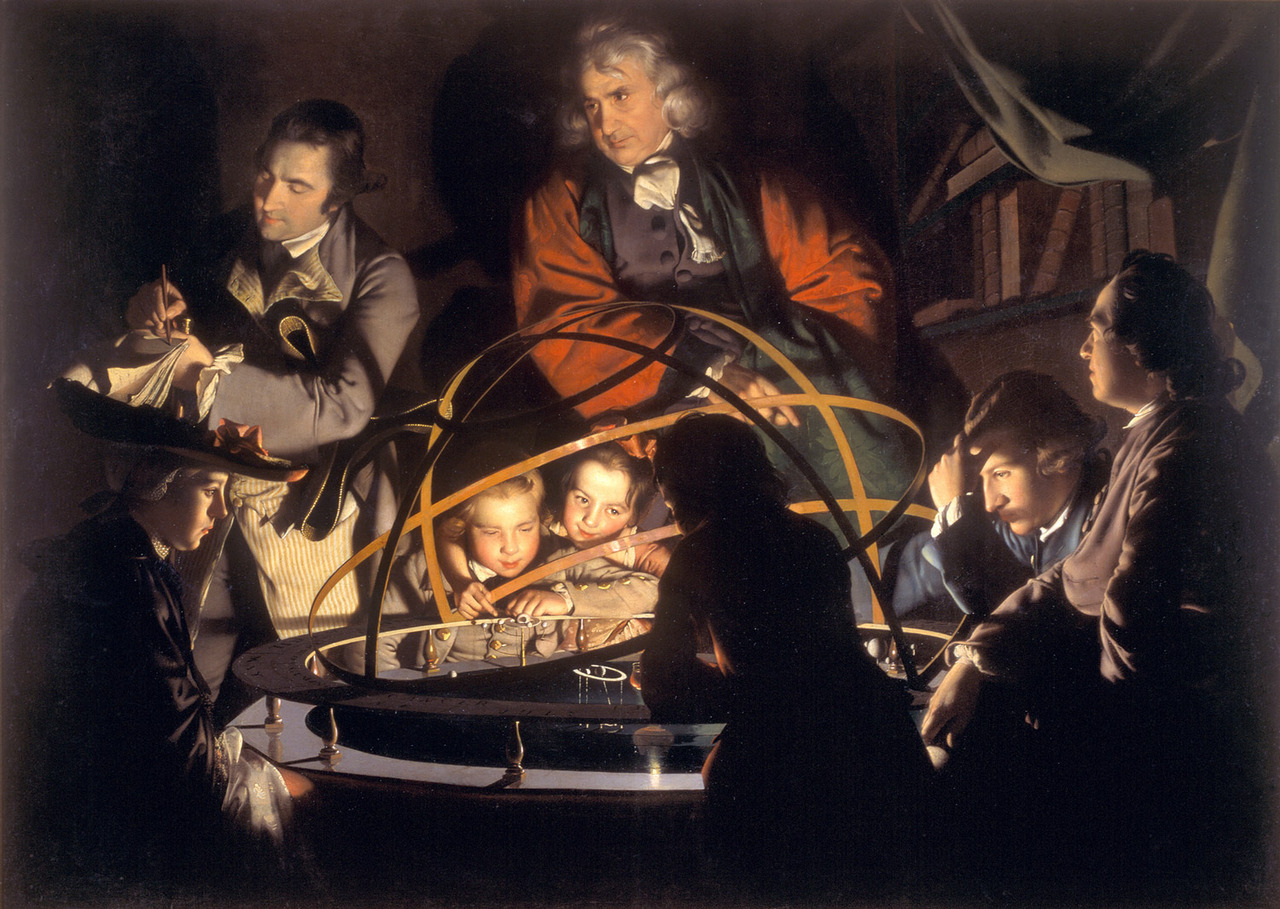 The painting shows a lecturer who is explaining the solar system with a model in which the sun is replaced with a lamp. The faces of the public complement the model by showing different phases of the moon seen from the viewpoint of the distant spectator. 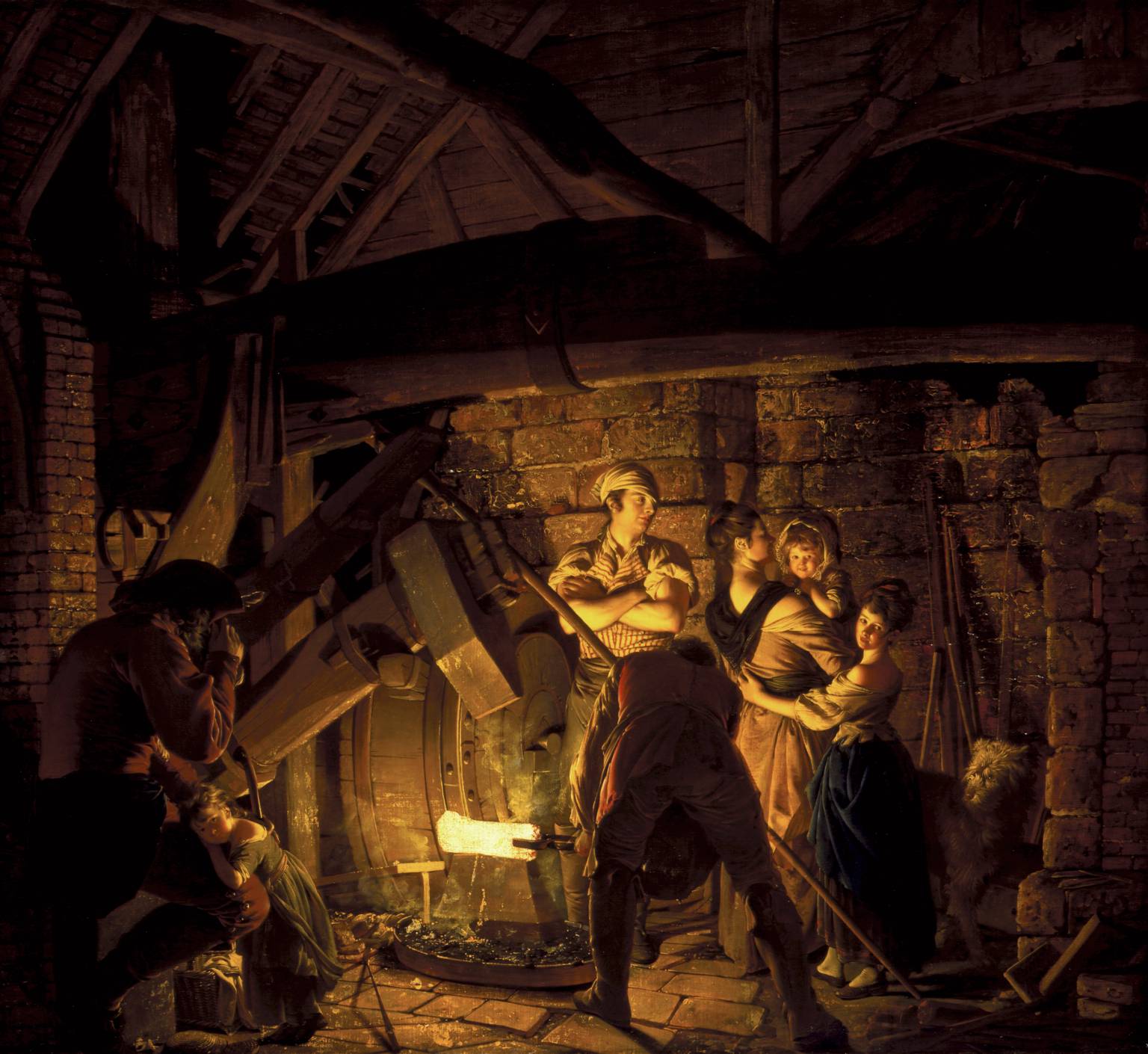 In this painting, the only source of light is the white-hot iron bar. The family of the blacksmith surrounds him and bathes in the light and the warmth. In the next painting a quite exotic natural source of light is used to compete with the moon : the eruption of .the Vesuvius vulcano. 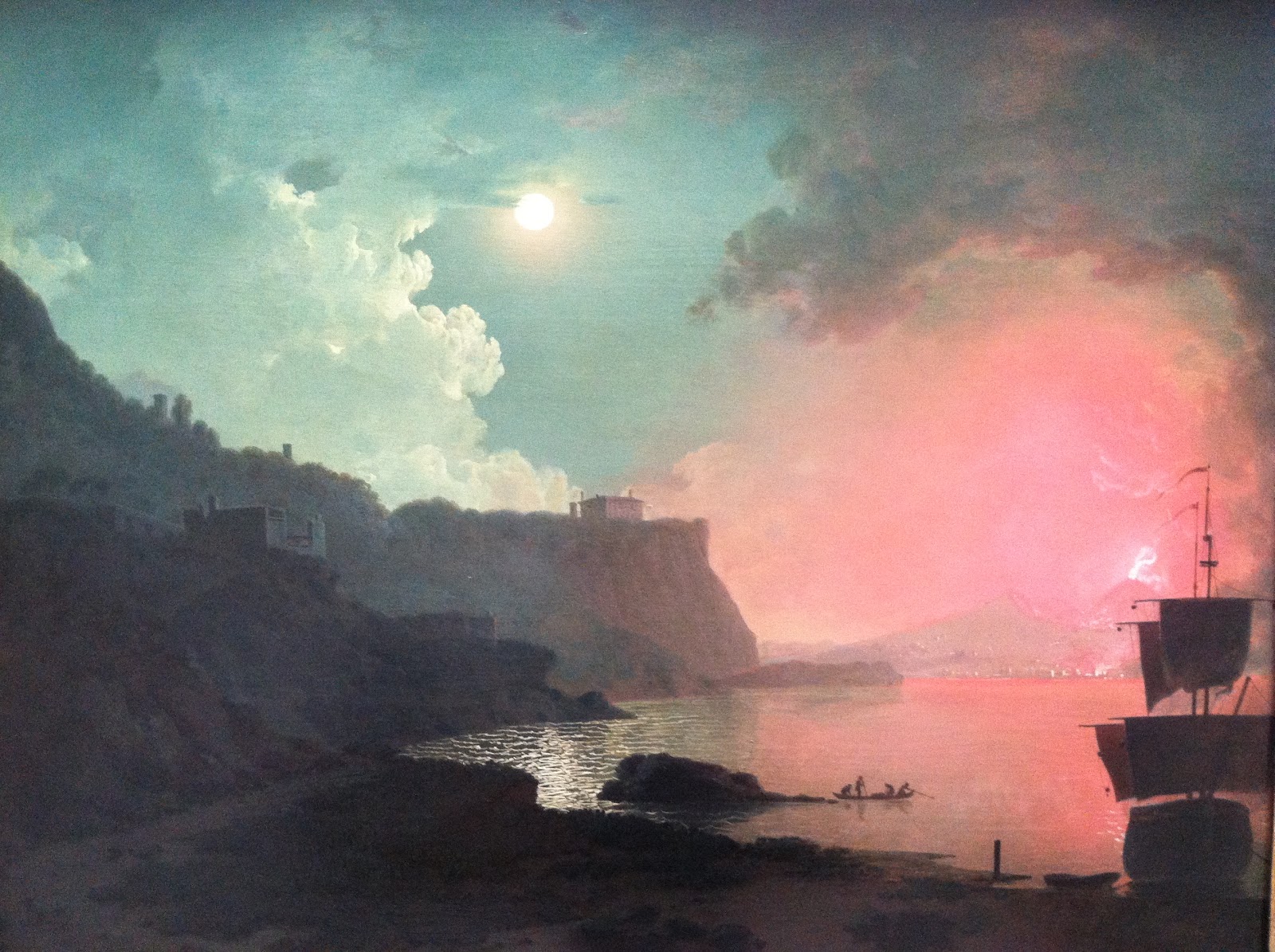 The subject is this time more romantic with tiny human figures on the water against the background of the mighty nature.

Petrus van Schendel was a Dutch-Belgian painter and specialized in night scenes of markets. He made an international reputation and could count Queen Victoria and King Willem II of Holland as his admirers. 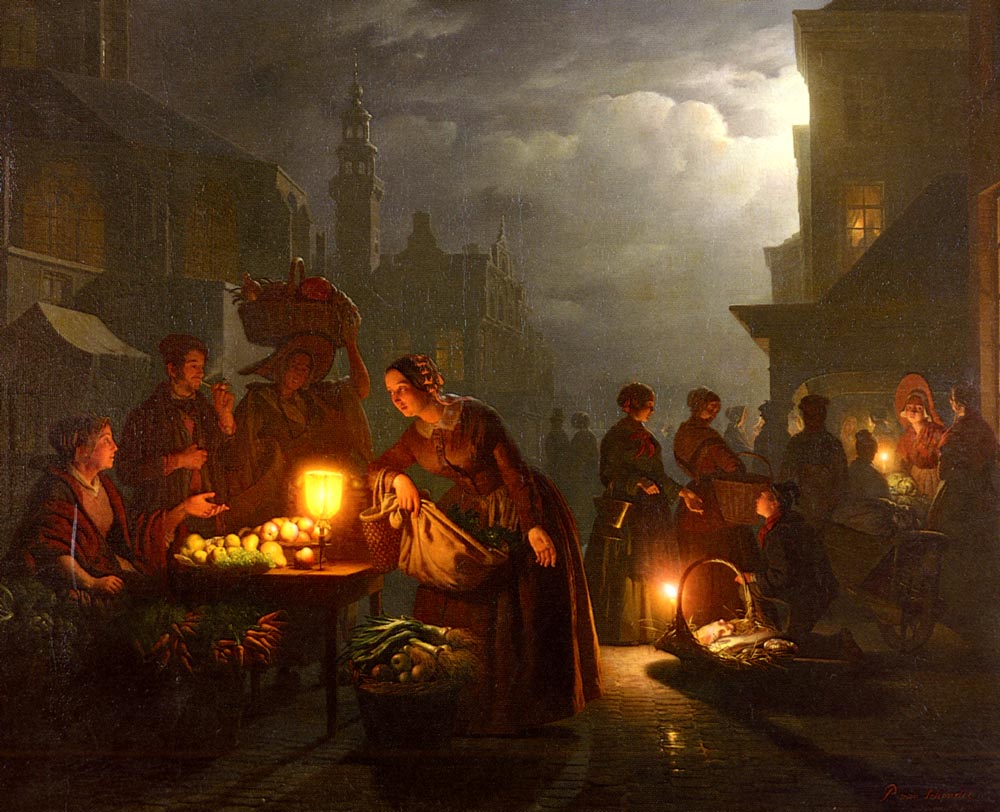 We will continue our tour with the Czech painter Schikaneder who had a melancholic, dream like style in which he could use low light conditions. 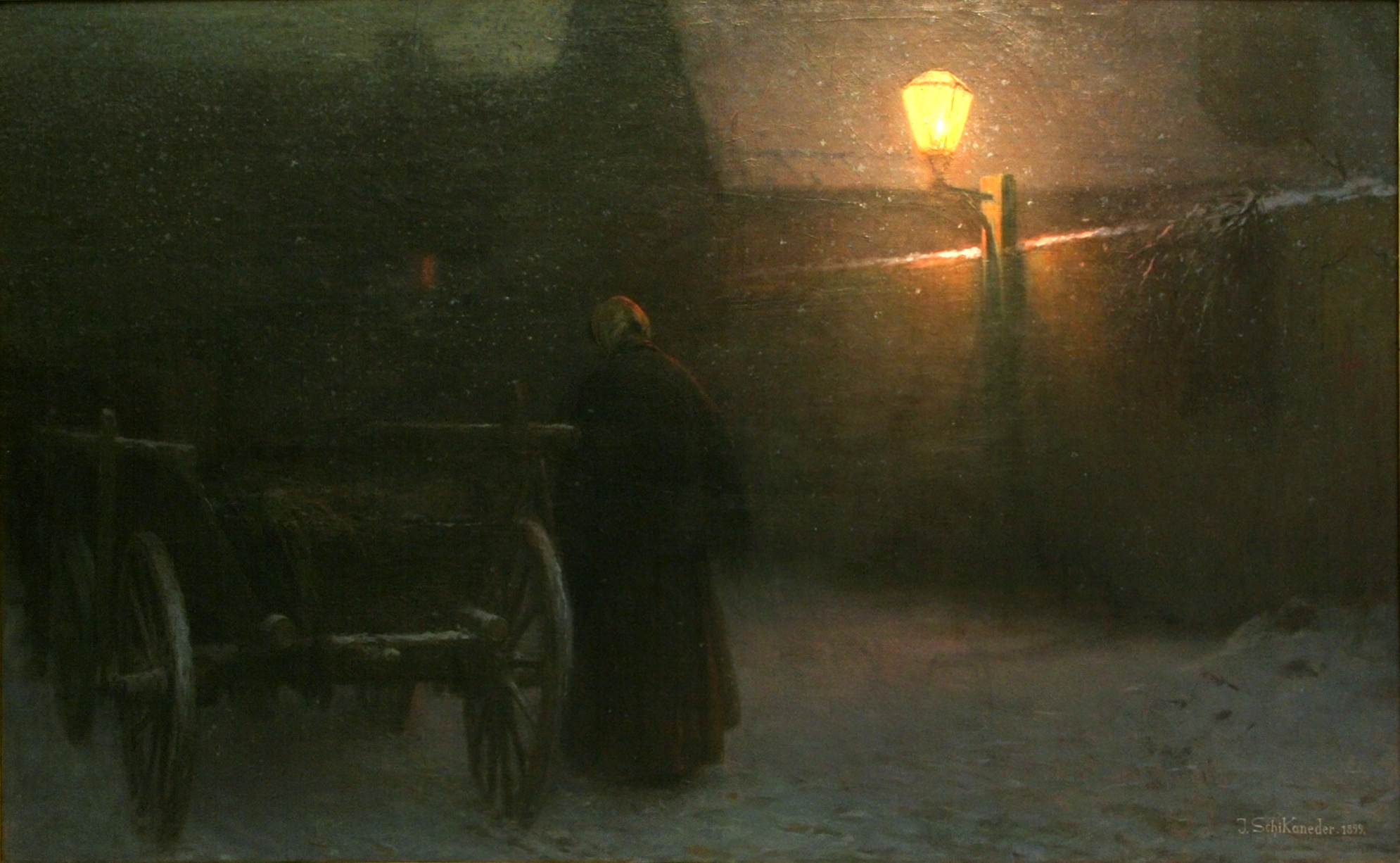 Jakub Schikaneder, Twilight in the winter

And at the end of the day, the sunset is always an inspiring and magic moment especially at the waterfront. 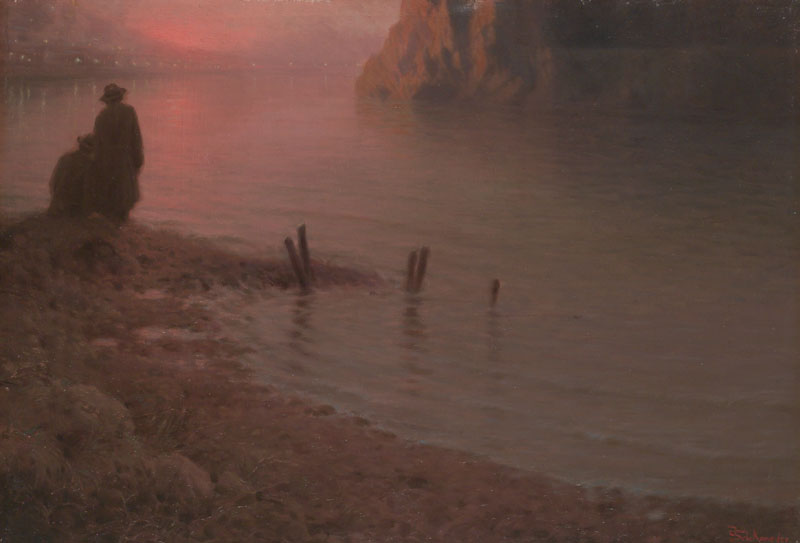 We will end with the British painter John Atkinson Grimshaw. He was autodidact and succeeded in making a living with his paintings. He often used moonlit night conditions such as the following harbour scene. 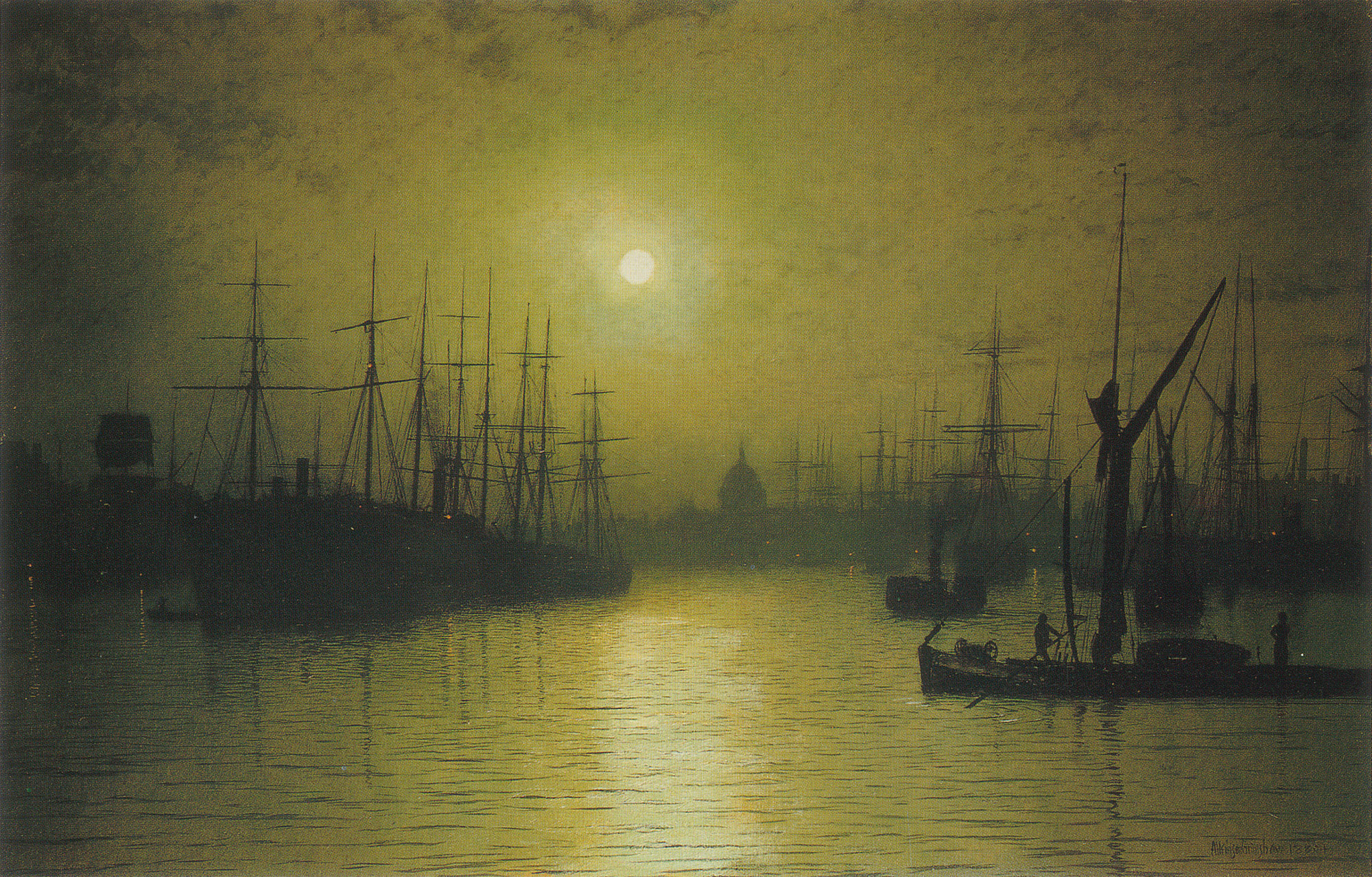 Another great painting is his cityscape of Glasgow in the late evening.The cold wet streets reflect the inviting  light of the shops while the boats on the left rest from a long day of sailing.