Germany in the 19th century was struggling to unite a patchwork of small and larger kingdoms and states. In 1871 the German Empire was formed with Wilhelm I as first emperor as illustrated by Anton von Werner. 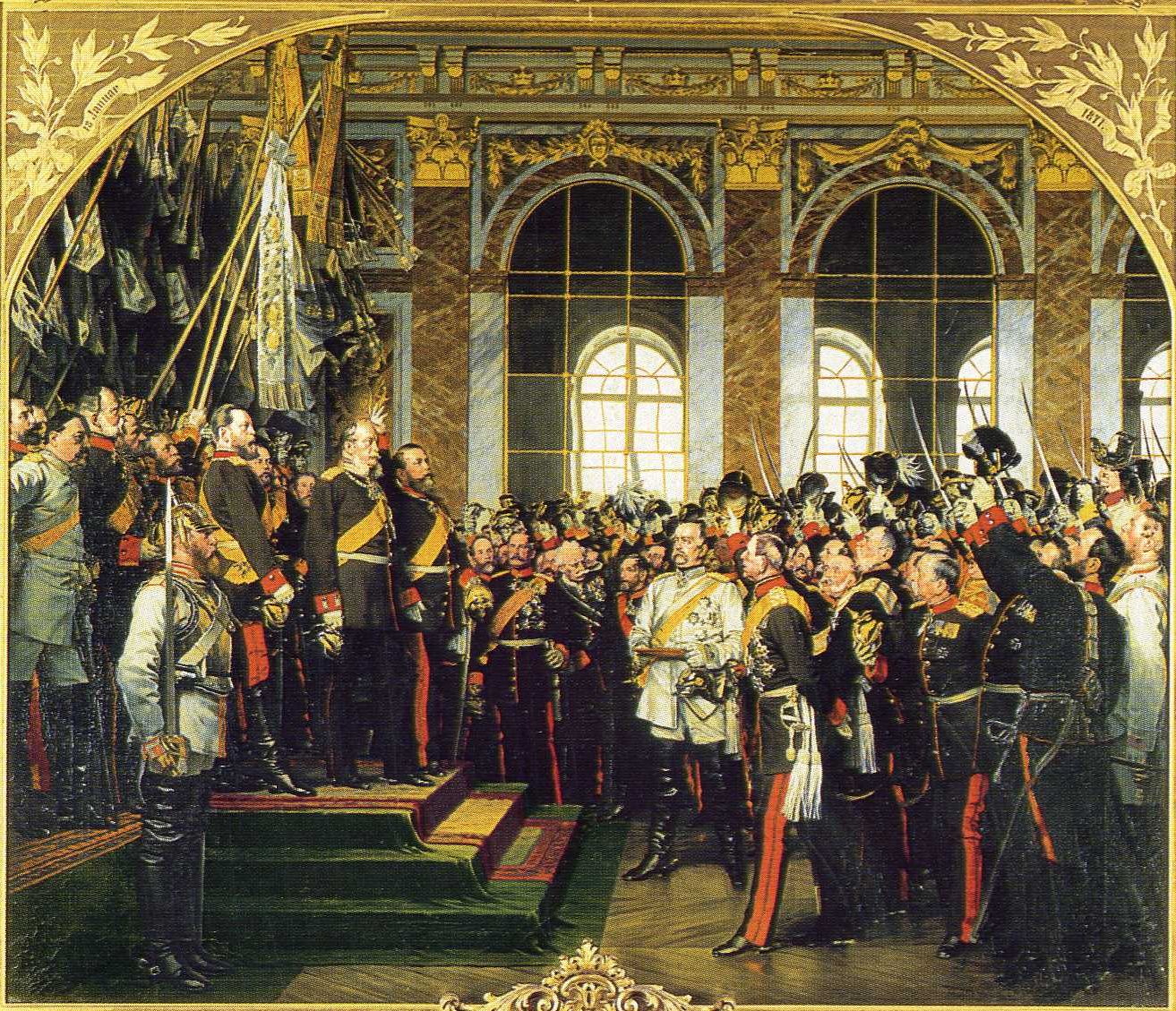 Apart from the Berlin academy with painters as Blechen, Menzel and von Werner there were important painting schools in Munich and Dusseldorf. The Munich school under Karl von Piloty specialized in history painting and became a true international center, one of the most important in Europe after Paris. Not only most central and east European artists frequented the academy but there was also a special relationship with Greece. Bavarian prince Otto became the first king of Greece and send his artists to Munich for education.

The Dusseldorf school under Wilhelm von Schadow introduced landscape painting and had a profound influence on the American Hudson River school. Not restricted to long standing traditions like the French academy, the Dusseldorf school was influenced by the contemporary Romantic movement. The nearby Neander valley, a limestone canyon with rugged scenery, was was a source of inspiration for many students.

The German king of Romantic painting, Caspar David Friedrich was educated in Copenhagen and set the tone with his dreamlike, mystic landscapes. He infused nature with a deeper, religious layer. His iconic wanderer above the sea of fog is one of many examples along with his chalk cliffs on rugen. Sometimes his paintings of deserted cathedrals and graveyards tend to a horrorlike sphere (see the guided tour on horror).

One of my favorite german painters is Carl Spitzweg. This autodidact is a representative of the Biedermeier style. He created a fantastic universe of odd looking cactus greenkeepers, butterfly-collectors and absent-minded foggy spectacled middle class citizens. This was the time of the post coach, the love letter and the sunday afternoon stroll with umbrella.

I will end with two less famous painters, the forgotten animal painter Friedrich Wilhelm Kuhnert and the orientalist Gustav Bauernfeind. Bauerfeind was a jewish architect who became fascinated by the orient and specialized in oriental genre painting. He eventually moved to Jerusalem with his familiy were he is also buried. I like his fantastic representation of the Baalbek ruins in Libanon, and his depiction of the temple mount.

Kuhnert had, due to the short period of Germany as an African colonisator, access to East Africa. In addition to the more frequented north African countries, he painted the central African wildlife among which elephants, tigers an lions. In contrast with his contemporaries who painted most wildlife from zoos, he put the animals in their native environment.