The 19th century was the age of the horror story. A lot of today’s famous icons which were depicted in the cinema in the 20th century, were born in the 19th century such as Frankenstein (1818), Edgar Allen Poe’s stories, Dr Jekyll and Hyde (1886) and Dracula (1897).

The literary genre consisted of the so called gothic novel. The stories were often located in medieval buildings (hence the name “gothic”) or ruins. These surroundings formed a romantic stage for the storytelling and this exact feeling was depicted by various painters also. Another German master of spooky ruins was Carl Blechen, Although the sleeping figure and the friendly sunlight do add some serenity to the picture, it is not hard to imagine what this dramatic building would turn to during a dark night. 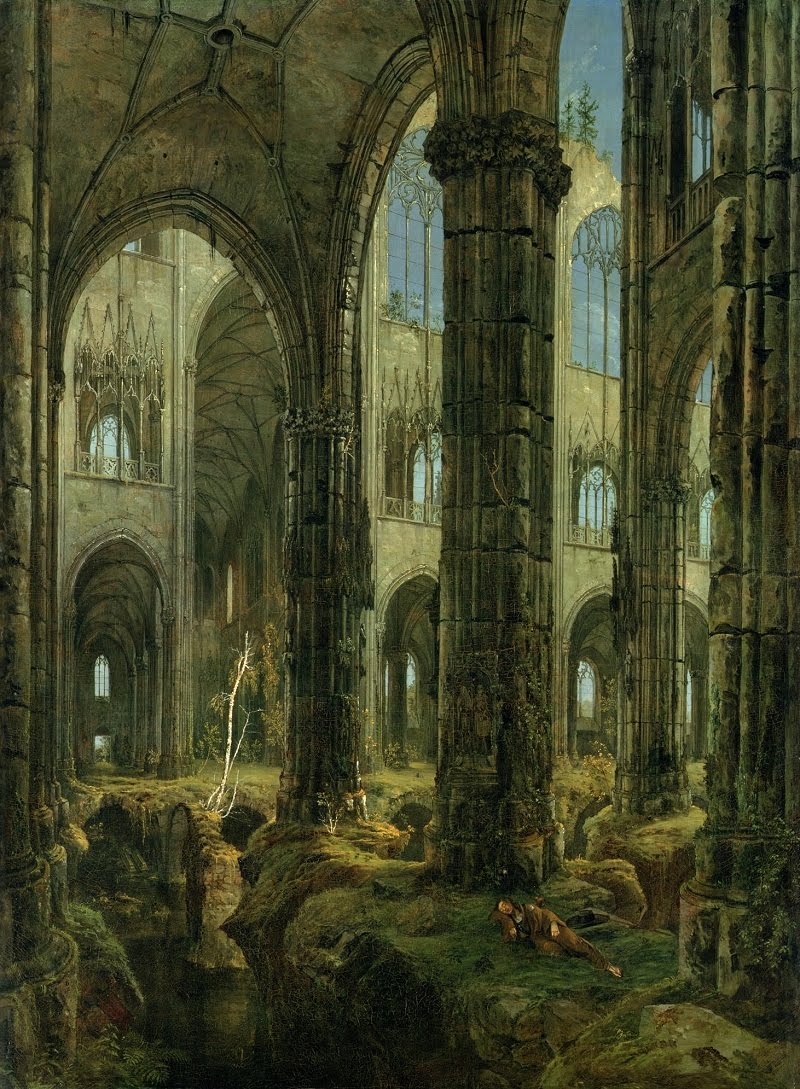 Apart from the gothic buildings, the horror genre also used the sometimes twisted minds of people. The view on mental illness was quite different than today. Mental institutions were even used as a zoolike experience in which the public could take a sunday afternoon walk. The following picture illustrates the London Bethlem Hospital, one of the first mental hospitals in Europe. 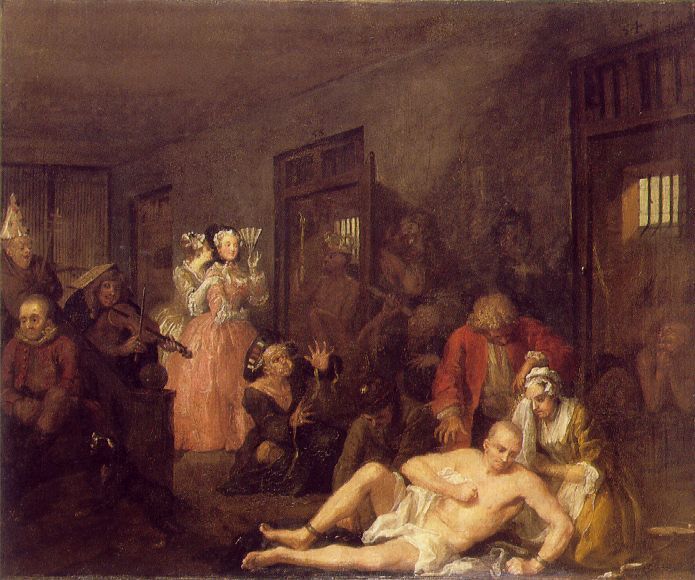 William Hogarth, a Rake’s progress : the rake in Bedlam, 1735

But the line between health and disease is thin. In extreme conditions, ordinary people transform to monsterlike creatures. A famous example is the French Gericault who painted the gruesome wreckage of the vessel “Medusa”. The initial 147 survivors had to sustain an ordeal of starvation, dehydration and cannibalism in which ultimately just 15 people survived. 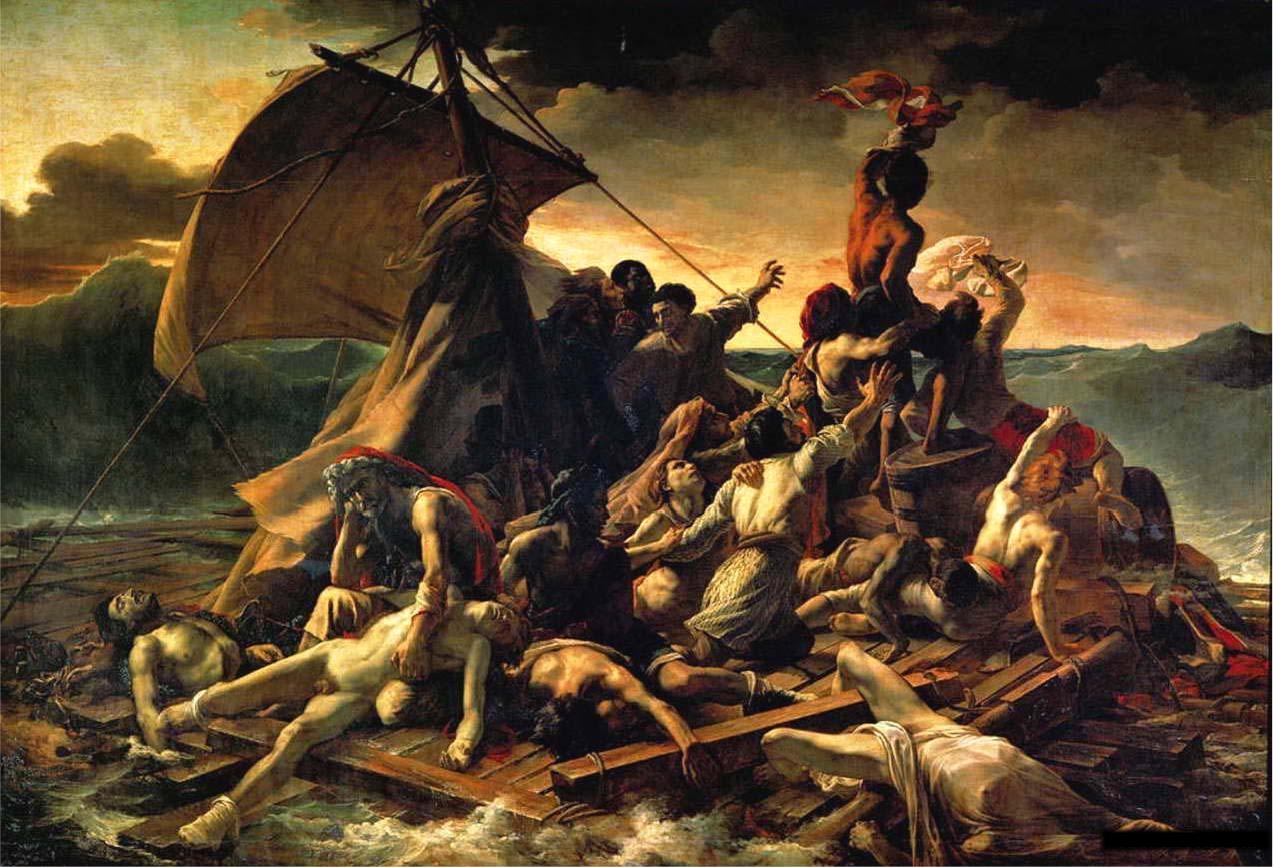 Theodore Gericault, The raft of the Medusa, 1818

Another romantic painter who did like the more dark side of life was the Belgian Antoine Wiertz. This quite unknown painter did succeed in winning the highly prestigious prix de Rome in 1832. His museum in Brussels at the rue Wiertz is free to attend and neighbour to the European Parlement. 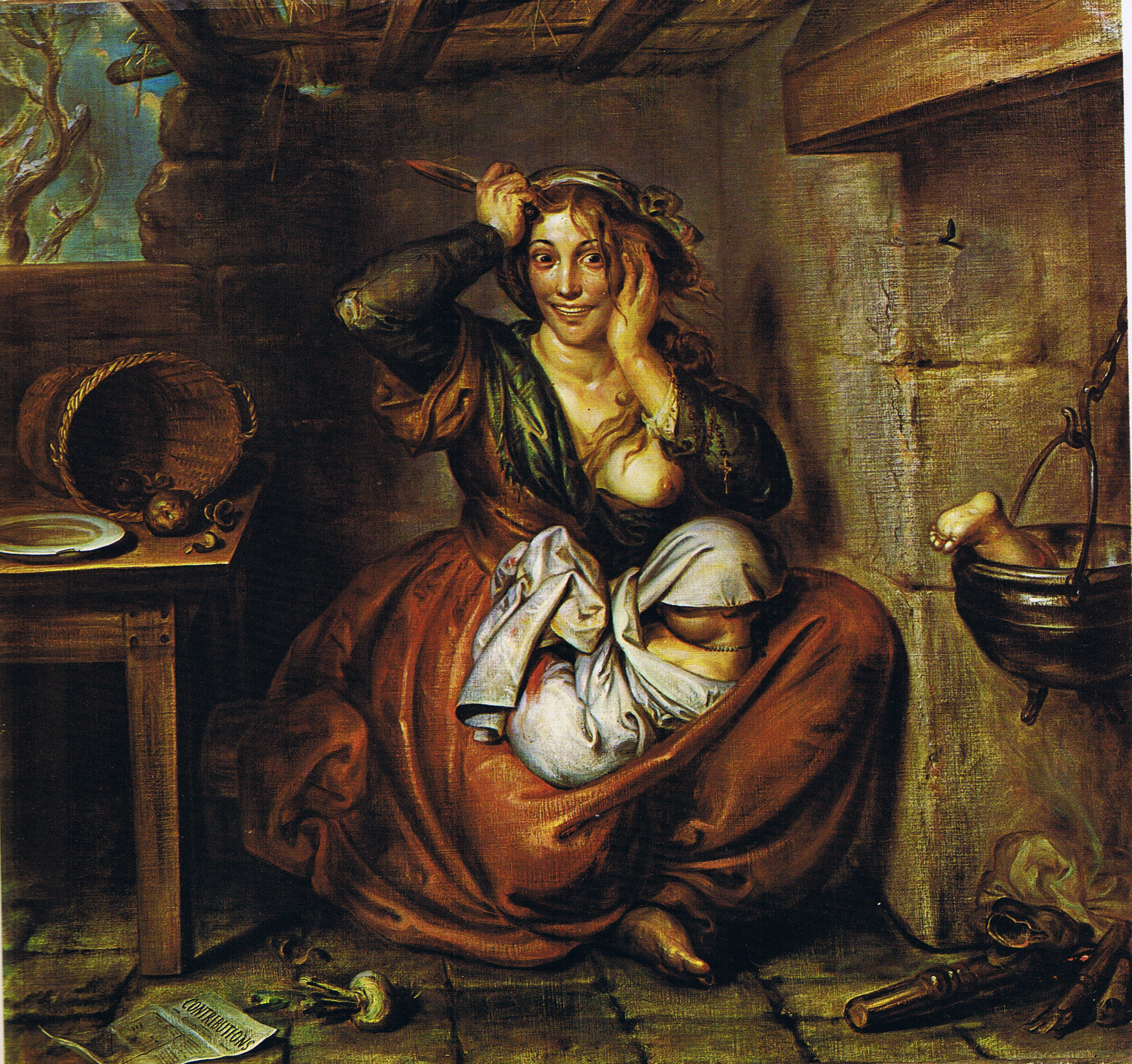 The final work in this guided tour is also from Wiertz and depicts the fear to be buried alive by mistake. This theme was quite popular in the 19th century (Edgar Allen Poe wrote a story about it in 1844). Special designed burial equipment was invented (safety coffins with airtubing and alarm systems with bells) and in some countries (including the Netherlands) legislation was made to postpone the burial several days and to observe the corpse in special morgues. In this painting of Wiertz, a victim of a cholera epidemic is depicted. On the coffin is a mark : certified death by our doctors. Before the invention of the stethoscope, the declaration of death could be tricky especially if the patient had a weak pulse and a shallow respiration. Therefore the painted scenario maybe not too far from reality, especially in epidemics with mass casualties. 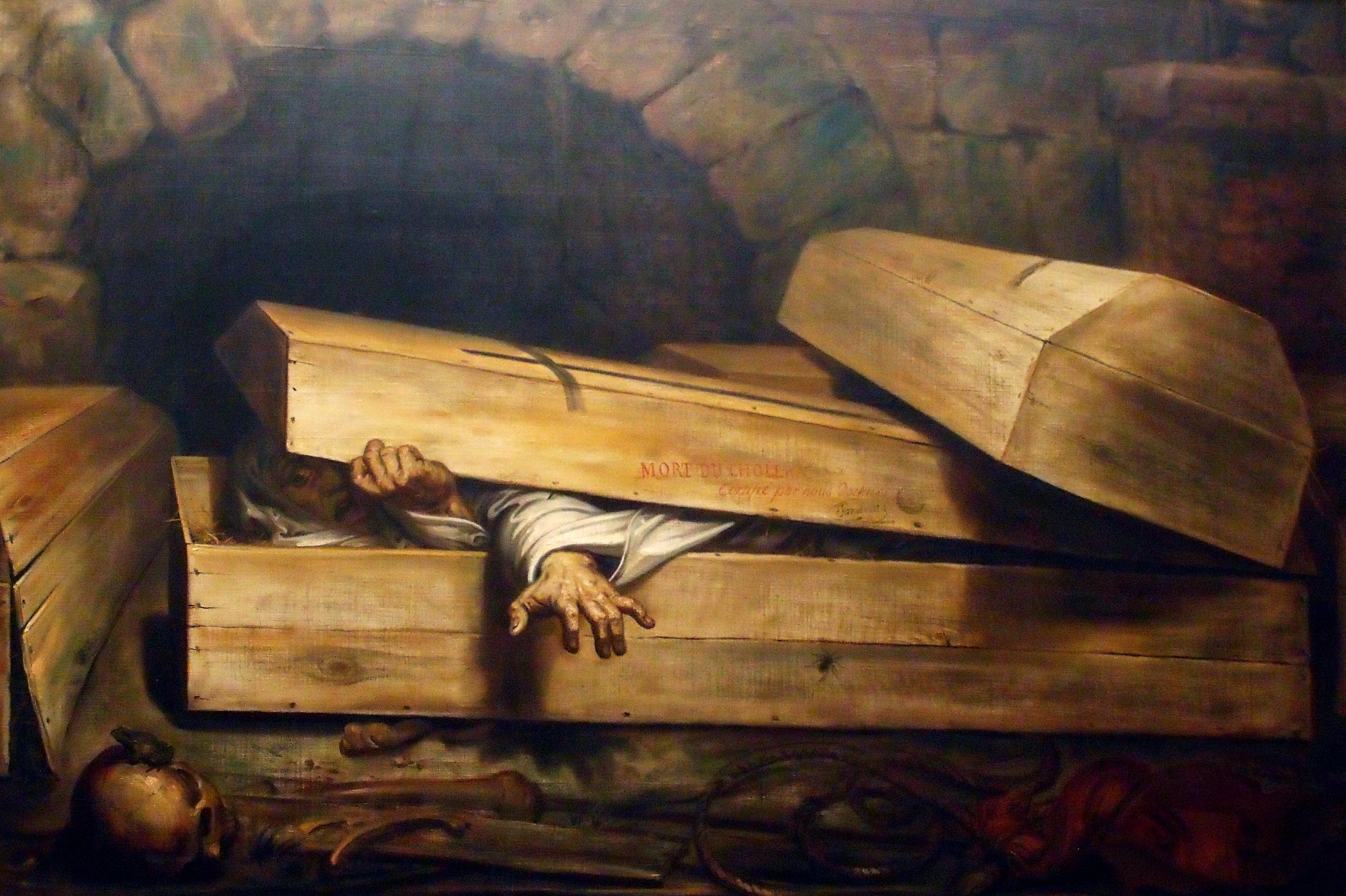