In this guided tour I will discuss three painters who undertook major expeditions to reach countries and places far away. They risked their lifes on the way for the sake of art and their restless characters.

We will start with the American Edwin Lord Weeks who studied in Paris under Bonnet and Gerome and developed a very realistic style. After several visits to Morocco and Egypt which was not so unusual in that time, he decided to push further and to cross Persia to reach India. He did a lot of travel on horseback. 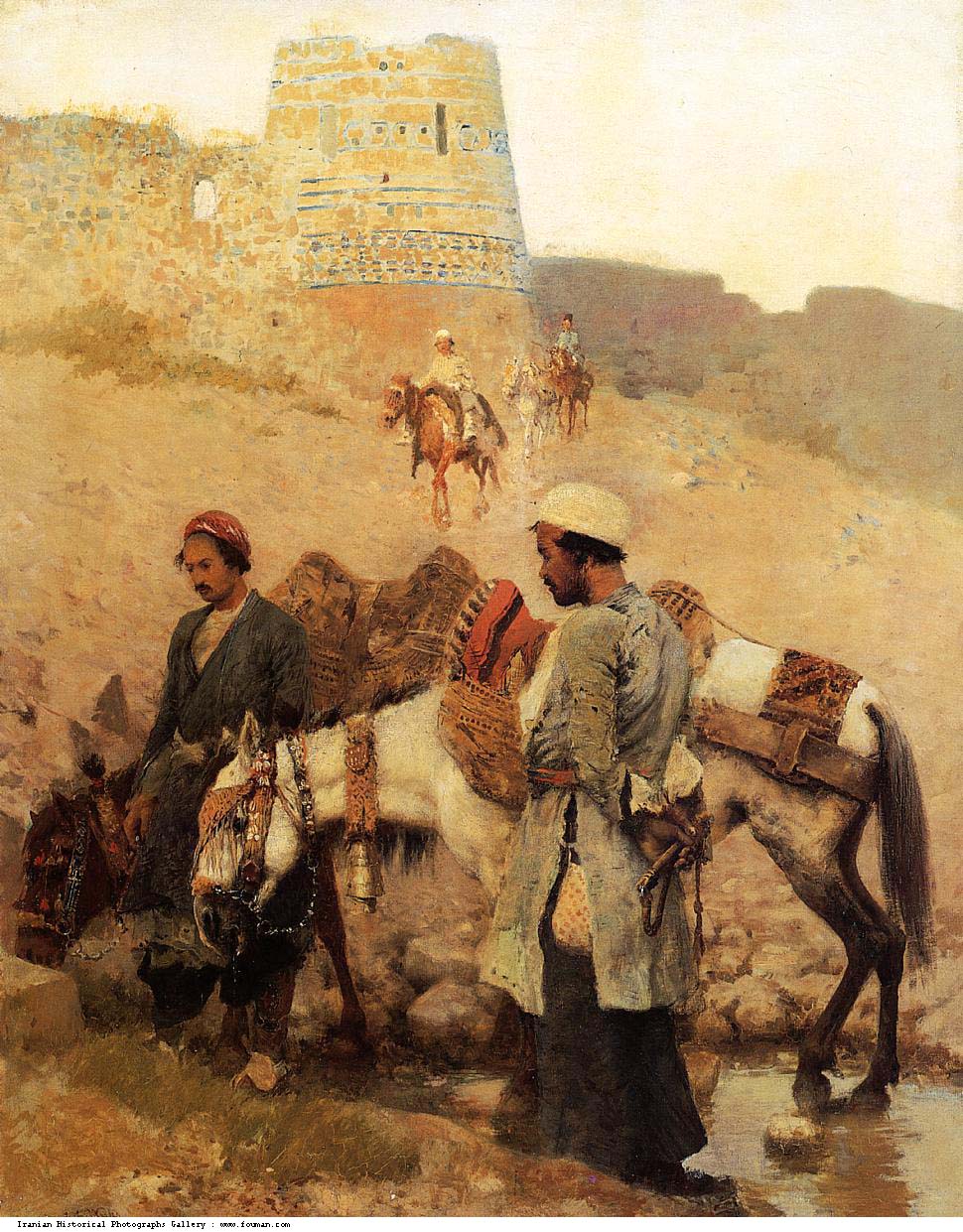 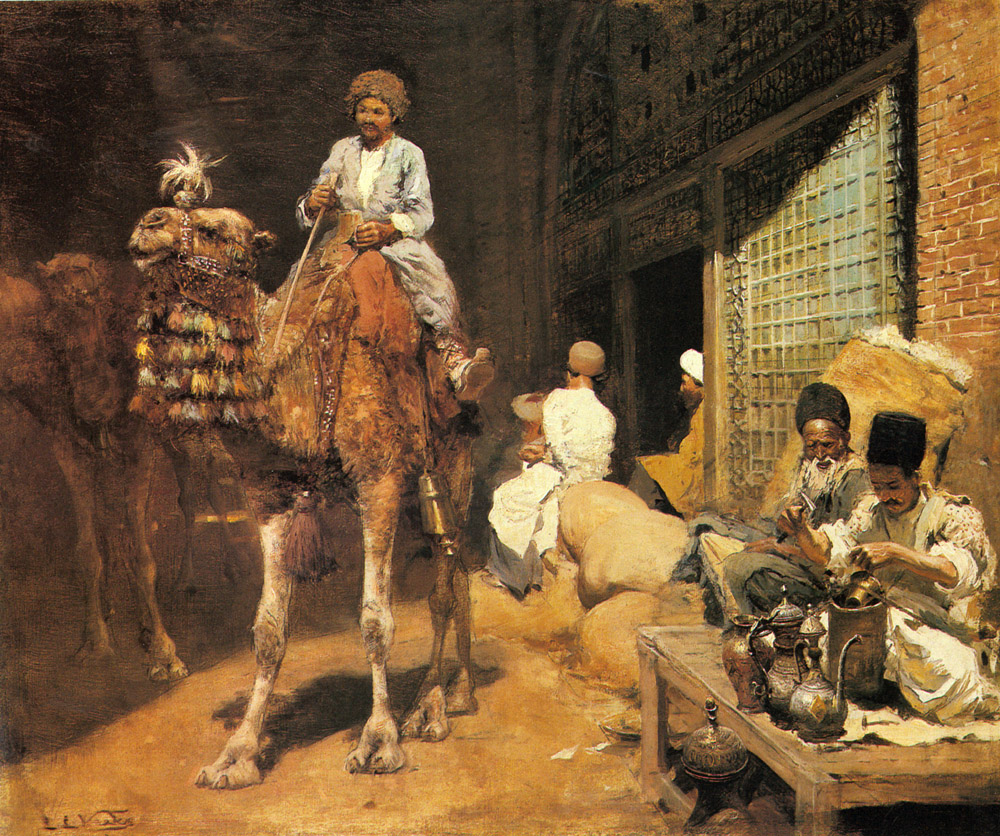 The journey was hard and Weeks had to change his route due to civil war in Afghanistan and a cholera epidemic in Russia.  Even though this precautions they were confronted with another cholera epidemic in Persia and sadly his travelmate died later on the trip due to typhus. After reaching the Persian gulf, he took a steamboat for the last part to India. Weeks made impressive paintings of colonial India in which the rich colours of the Indian people and the landscape were translated on his canvas. He made use of photography for architectural details so he could really make an almost photorealistic impression. Edwin Lord Weeks, great mogul and his court returning from the great mosque at delhi india, 1886

Although the Moghul empire was replaced by the British Raj, their splendid decorated palaces and royal elephants were still in use and made a visual feast for the eye. At the end of his career back in the USA, Weeks made a series of paintings based on the famous 1001 nights stories. 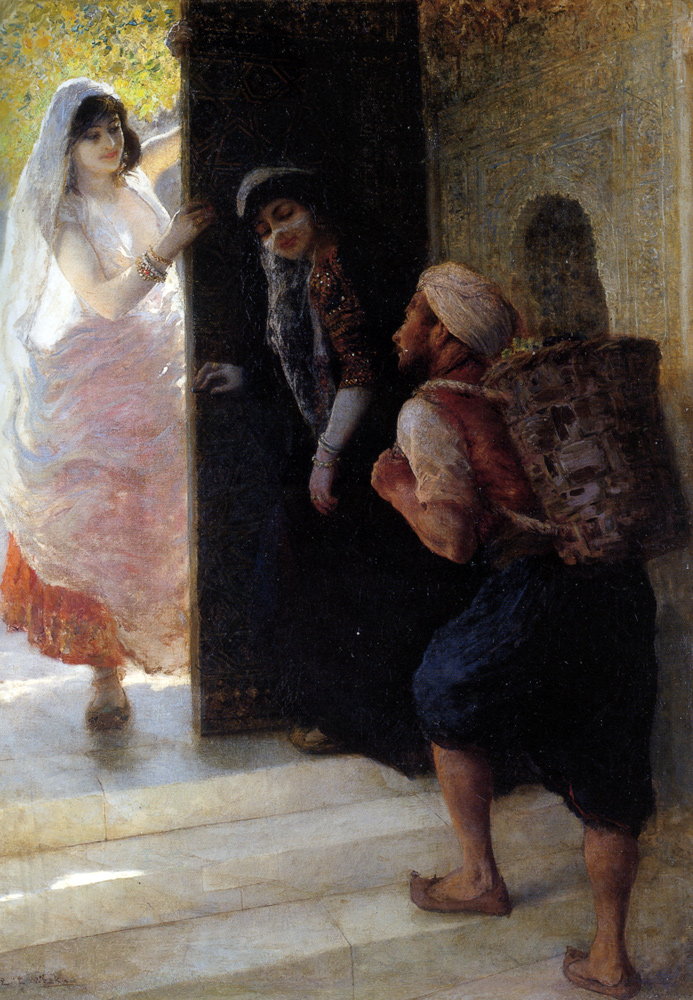 In this story of 1001 nights, a poor porter is summoned by a rich lady to accompy her on an extensive shopping tour through Bagdad to end with a full basket of all kinds of luxury goodies at the entrance to a beautiful forecourt with two other beautiful ladies. A kind of heaven on earth.

The next artist is the Dutch Hubert Vos. He started his career in Europe but on a fair in Chigaco, he fell for a charming lady who appeared to be the last princess of Hawai. This resulted in further travel to Korea and Hawai. Vos specialized in portraying non-caucasian people and therefore loved to travel and meet people. 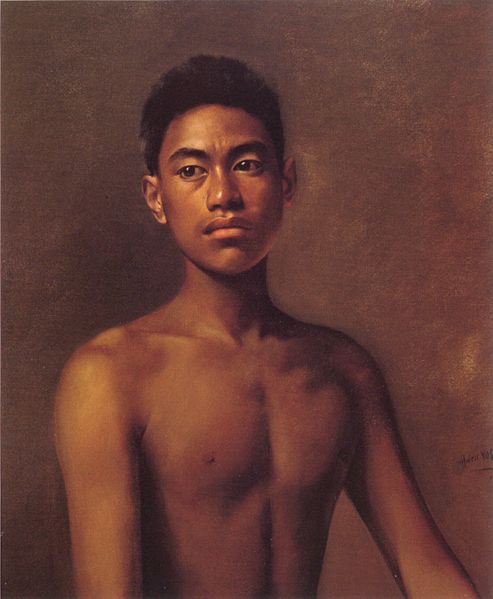 On his trips to south east Asia Vos also visited Korea and made no only portraits but also paintings of the scenery.

For characteristic faces, Vos had not to travel so far. Also in the USA he portrayed the original inhabitants for example this impressive Sioux chief. 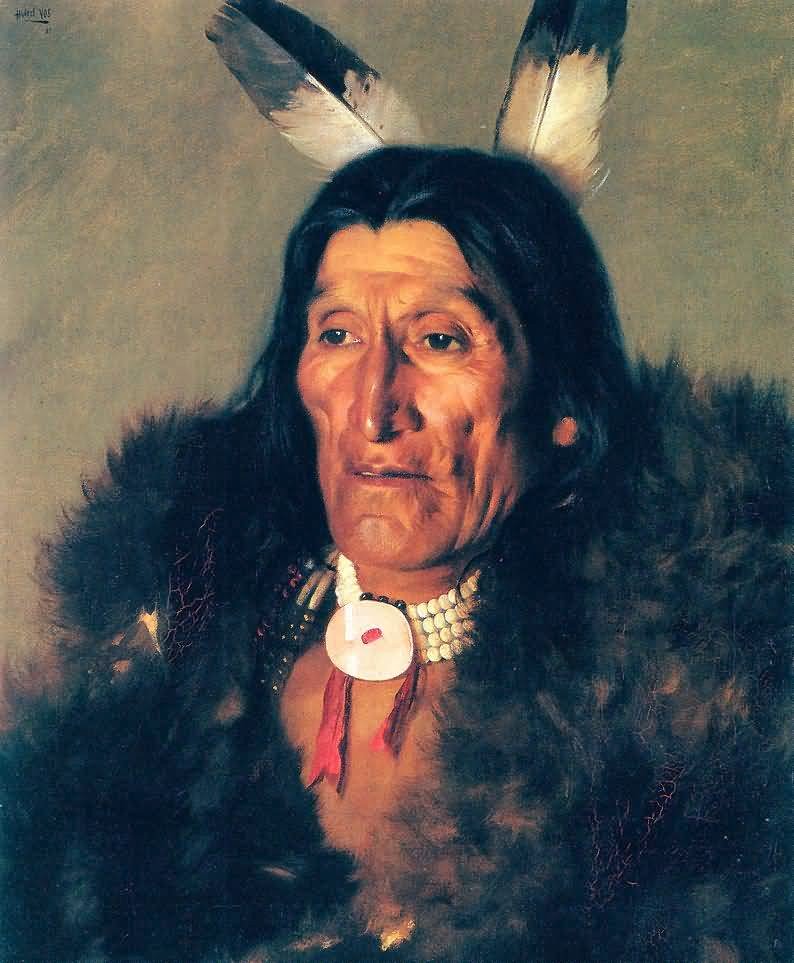 But by far his greatest adventure was an invitation from the Chinese government to portray some important mandarins. On arrival he was told the true reason : the empress of the enormous Chinese empire wanted to be portrayed by Vos. As Vos did his job he had to overcome some cultural difficulties. He was not supposed to talk to the empress and after two sessions the empress made clear that his painting was too realistic, she wanted Vos to paint her as if she was much younger. This resulted in the following offical portrait of the dowager empress cixi which still can be seen in the summer palace in Bejing. 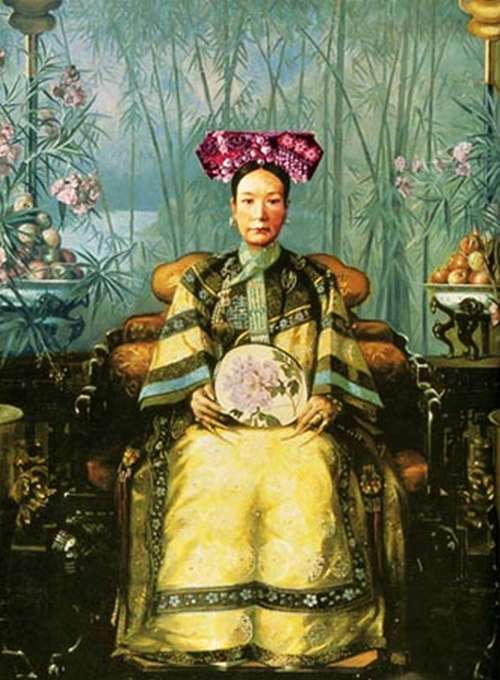 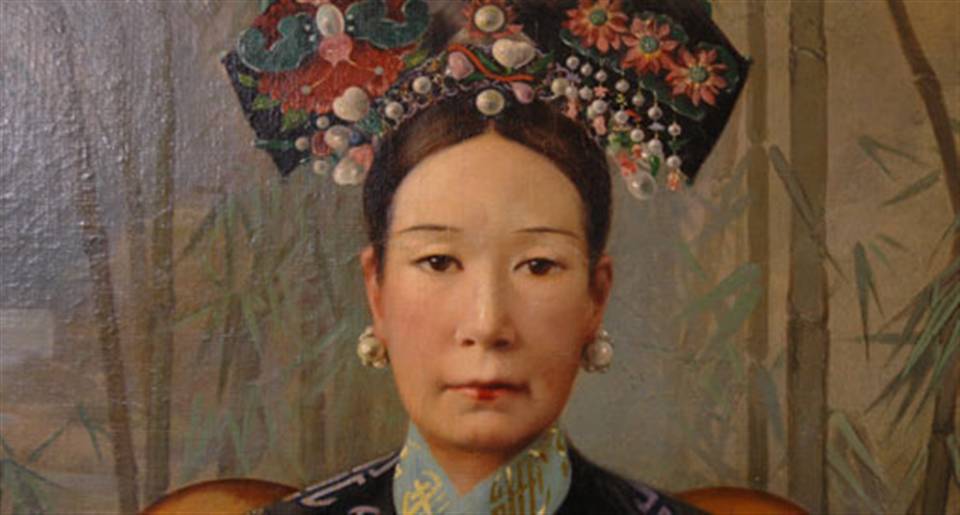 Detail of the 1905 painting

Another portrait which he made a year later is more realistic and shows an old empress on her throne, the last imperial representant of a centuries old civilisation.

The last traveller artist will be discussed in a separate part II.